Róbert Wessman‘s business plan for Alvogen was originally scribbled on a napkin in a New York restaurant back in 2009 in the middle of one of the worst financial crises in history when access to capital was virtually non-existent. Undaunted by the obstacles and always keen to challenge the status quo, he went on to build a company that now exceeds 1 billion dollars in sales worldwide. No wonder he‘s been the subject of several Harvard University business case studies. 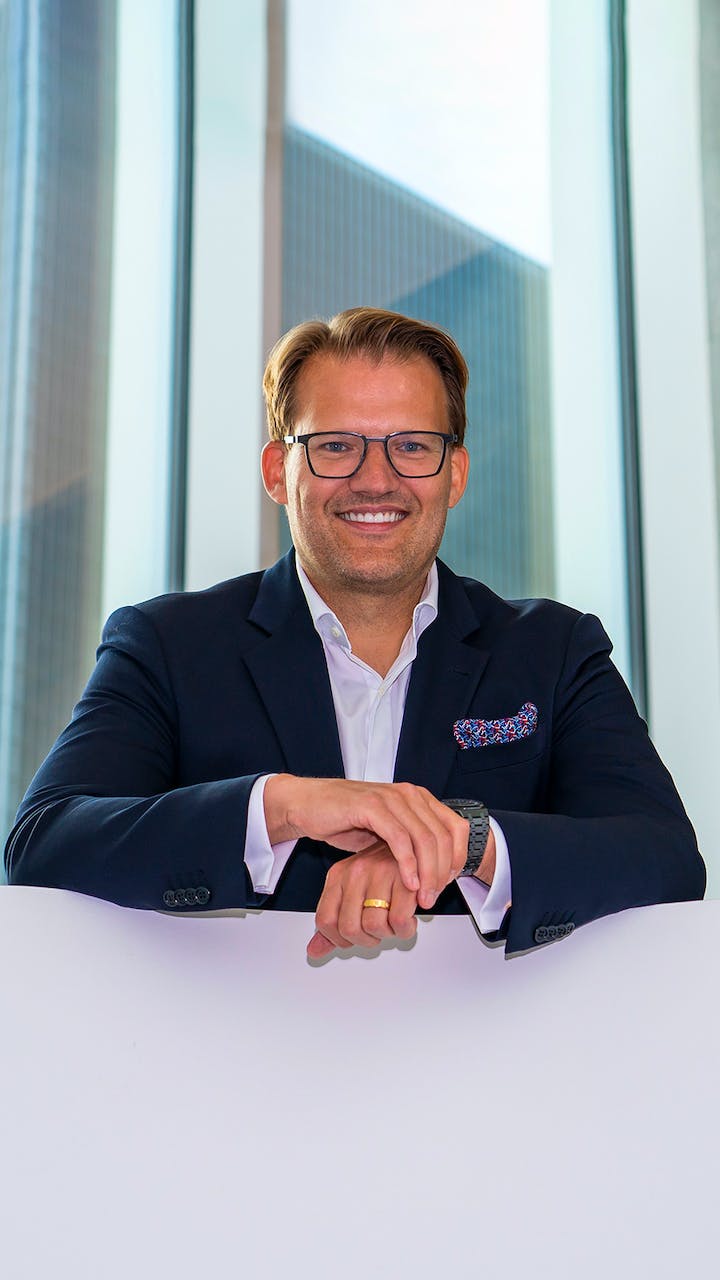 Our chairman in brief

Degree in Business Studies from the University of Iceland

A business graduate and former lecturer at the University of Iceland

Sports, art and very passionate about good wine, he acquired Château de Saint-Cernin in France and produces white and red wine, as well as Champagne under his own label.

Operational experience and record growth Companies led by Róbert Wessman have a collective CAGR of more than 60 percent. He has led over 50 strategic acquisitions and partnerships and established operations in over 60 countries around the globe.

1999 to 2008 CEO and key strategist of global generic pharmaceutical company Actavis. Transformed the company from a small local industry player to the 4th largest global generic company operating in 55 countries.

2009 Founded Alvogen and became its Executive Chairman and CEO. Led Alvogen from being a small US based contract manufacturing business to becoming a top 15 global generics player operating in 35 countries in only six years.

What would you say are the most important values?

There are many, but in my business courage and persistence, I guess. The courage to dare to see and act when others do not; persistence to never quit or give up.

Knowing your industry, your company and your people are critical for fast and effective decision-making. To achieve that, I rely on clarity of data, transparency of performance and close collaboration with colleagues, customers and strategic partners. In other words: keep things simple. Keep data and performance transparent and rely on your team.

What is it you look for in your team?

As a competitive athlete and Chairman, I‘ve always stressed the importance of selecting the most talented and hardworking individuals, but more importantly the ones who strive to make the team more successful than themselves. This unleashes the enormous power of collaborative, performance-driven culture. Acting fast, keeping it simple and clear, making sure everyone understands how they contribute – vigorously tracking and rewarding performance – and focusing on a few select areas has become my mantra as my leadership style has evolved.

A few years ago you ventured into the biosimilars space via your new sister company Alvotech, what prompted the move?

I knew we were at a major crossroads in the pharmaceutical industry, the largest pharmaceutical products are biologics. Within the next 10 years, a top 10 generic company in the US will be unable to maintain growth or profitability without a biosimilar pipeline. The latest projections forecast a fast growing biosimilars market that will exceed $30bn by as soon as 2025.

So how do you tackle the future?

In the same way that I tackle the present – with positive thinking and a clear focus. Everyone has their own challenges in life; our success is based on how we deal with them and move on. The key is to stay focused on what propels us forward – don‘t waste time or energy on the past or things you cannot change. Know where you are headed and identify ways to get there. Then simply get going and put all you’ve got into your journey. No doubt. No fear. No hesitation.

At the end of the day, what is it that matters to you the most about your business?

The fact that this isn‘t just a business and that we can actually make a real difference and enhance people‘s lives by making high quality medicines much more accessible to patients around the globe and set a new standard in our industry. That‘s a mission we can all be proud of.